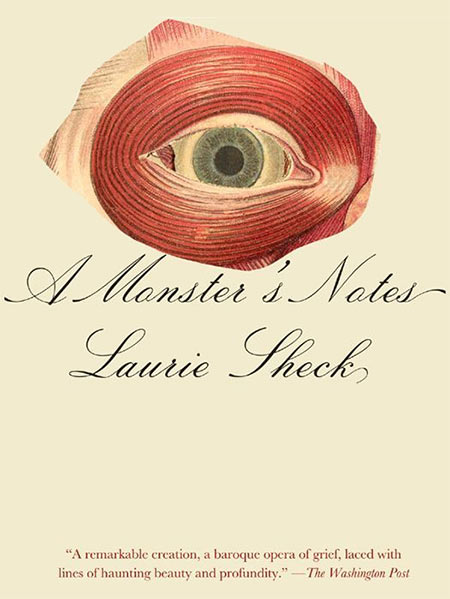 What if Mary Shelley had not invented Frankenstein’s monster but had met him when she was a girl of eight, sitting by her mother’s grave, and he came to her unbidden? What if their secret bond left her forever changed, obsessed with the strange being who she had discovered at a time of need? What if he were still alive in the twenty-first century?

This bold, genre-defying book brings us the “monster” in his own words. He recalls how he was “made” and how Victor Frankenstein abandoned him. He ponders the tragic tale of the Shelleys and the intertwining of his life with that of Mary (whose fictionalized letters salt the narrative, along with those of her nineteenth-century intimates) in this riveting mix of fact and poetic license. He takes notes on all aspects of human striving—from the music of John Cage to robotics to the Northern explorers whose lonely quest mirrors his own—as he tries to understand the strange race that made yet shuns him, and to find his own freedom of mind.

In the course of the monster’s musings, we also see Mary Shelley’s life from her childhood through her elopement with Percy Bysshe Shelley, her writing of Frankenstein, the births and deaths of her children, Shelley’s famous drowning, her widowhood, her subsequent travels and life’s work, and finally her death from a brain tumor at age fifty-three. Throughout, the monster’s fierce bond with Mary and the tale of how he ended up in her fiction haunts and illuminates his recounting.

A Monster’s Notes is Sheck’s most thrilling work to date, a luminous meditation on creativity and technology, on alienation and otherness, on ugliness and beauty, and on our need to be understood.

“A remarkable creation, a baroque opera of grief, laced with lines of haunting beauty and profundity . . . [Sheck’s book] defies description and shreds any expectations you might have for a novel.”
—Ron Charles, The Washington Post

“A Monster’s Notes is a thrilling feat of literary scholarship, beautiful wordsmithing, and deep empathy. Sheck gets inside the heads of her characters and fleshes out profound struggles—the leper’s deterioration, Shelley’s grief for a mother she never knew. Through each of them, the creature begins to understand the influences that brought him into existence, even as he remains an unknowable cipher—a metaphor for our own never-ending search for place and purpose.” Selected as one of the ten best books of fiction of the year.
–Jeff Jensen, Entertainment Weekly

“A Monster’s Notes is a brave, brilliant hybrid of a book: it has the intensity of a long poem, the intellectual luster of a work of philosophy, the compelling narrative of the finest fiction. It is completely original.”
—Mary Gordon

“In Sheck’s rich alternative universe, the musings of this improbable narrator traverse centuries and continents, extending even to outer space. Sheck, heretofore known as a poet, has gone out on a literary limb, and the result is dazzling.”
—Rita Dove, The New Yorker

“A provocative metaphor for spiritual and technological crisis.”
—The New Yorker

“A Monster’s Notes is only superficially about the Shelleys. Its real subject is human isolation and the consoling echo chamber of great literature.”
—Christopher Benfey, The New York Times Book Review

“In this emphatic, virtuosic, haunting literary hybrid patterned with reflections on ice and ostracism, love and defiance, deformity and pestilence, Sheck delves into the metaphysics of otherness, the mystery of creativity, and the crushing tragedies within Shelley’s circle. Sheck draws on a vast sea of inquiry as she follows the map of Mary Shelley’s masterpiece to new territories of the soul and creates her own transcendent novel.”
—Booklist (starred review)

“As Sheck demonstrates, the lyric essay is a kind of Frankenstein’s monster, equipped with parts sliced out of others, stitched up with genius and white space.”
—Ed Park, Los Angeles Times

“Celebrated NYC poet Sheck richly reimagines the oft-retold Frankenstein in her defiantly original debut novel, which posits that the fabricated human was Mary Shelley’s chance acquaintance, not her creation, and has lived on into the present day… In a huge gathering of fragments, somewhat reminiscent of Guy Davenport’s eclectic and erudite fictional collages, Sheck fashions a fascinating dual narrative… This brilliant fiction gathers both seamless coherence and immense power as its elements draw together. Utterly astonishing and not to be missed.”
—Kirkus (starred review)