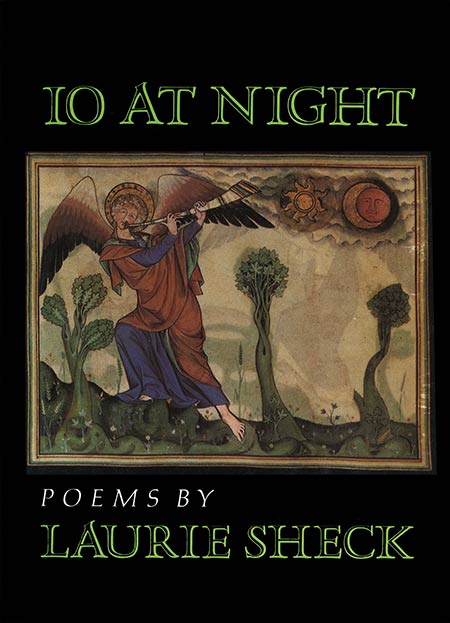 It’s daring of Laurie Sheck to have made the myths surrounding Io so crucial to the central tenor of her poems, but the themes of exile, distance, and freedom from the falsehoods of secular appearance weave the title into her images, along with her own dedicated attention and moral passion.”
—W. S. Merwin

“Io at Night is a rare achievement. Io herself becomes both a living presence and metaphor for a fullness, whether of knowledge or being, only rarely achieved.”
—Robert E. Hosmer Jr., America

“Sheck’s subjects are unabashedly big and not the least bit quaint. The personal and mythic conspire to create an altogether memorable human story.”
—Henri Cole, Poetry

“When Sheck’s sensibility and the reverberating myth are in perfect conjunction, the extraordinary happens: the mythical figure enters the poet’s imagination so consumingly that it is impossible to tell whose life, whose feelings fill the form on the page… These poems reach into the reader for the heat and chill of response to authentic power.”
—Mona Van Dyne